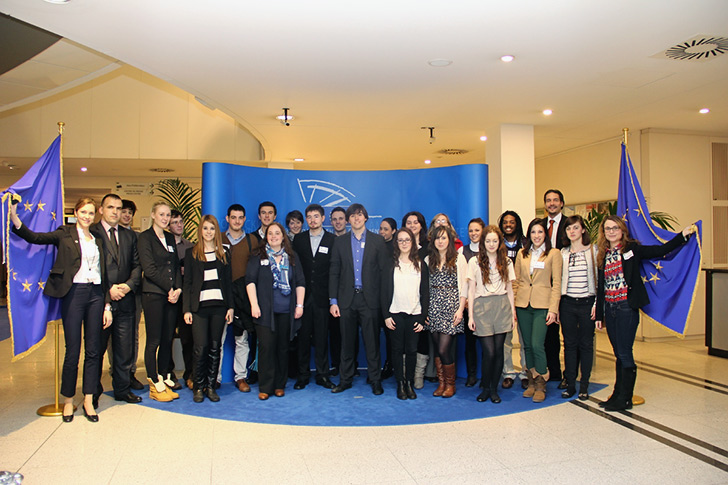 Cultural Diplomacy in Europe: A Forum for Young Leaders (CDE) is a network of young individuals from across the world, who have an interest in exploring and strengthening relations between European States.  The program is run on the philosophy that further development of political and economic integration between European states must be accompanied by sustained public action to maintain public opinion and relations on the European Continent.

The title of the conference was "The future of EU foreign policy, Responsibility to engage at a time of global crisis". A significant focus of the discussion was given to Macedonia's role within Europe, with H. E. Amb. Dr. Andrej Lepavcov (Ambassador of the Republic of Macedonia to the EU) giving a lecture entitled The Macedonian Road to the European Union and the Role of Cultural Diplomacy, also speaking on the issue was Mr. Trajce Rushev (Counselor, Mission of the Republic of Macedonia to the EU) who held a lecture and discussion on the topic of Macedonian Identity in the European Context. The conference also attracted prominent speakers from the civil society and universities across Europe. Thomas Renard, a senior researcher from the Royal Institute of International Relations held an interactive discussion on The Use of Cultural Diversity as a Means of Promotion within EU foreign policy, while Prof. Fabrice Serodes a professor of History from the Institute des Études Politiques, Pariss presented a paper on whether or not there were different versions of Cultural Diplomacy within Europe.

Alongside the conferences the ICD was proud to be able to host a number of social and cultural activities. These events gave participants an opportunity to get to know one another in a more social environment while also engaging in the cultural atmosphere of Brussels. On the first day participants were given a guided tour of the old town of Brussels, with visits to La Grand' Place, Les Sablons and the Manneken Pis. There was also a Jam Session at the Lava Café, where participants could come and enjoy the music of local artists while sipping a Belgian beer or a cocktail.