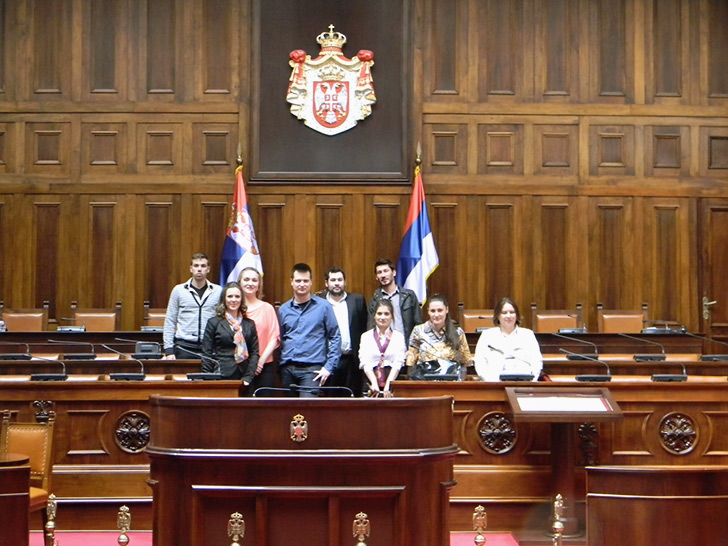 Cultural Diplomacy in Europe: A Forum for Young Leaders (CDE) is a network of young individuals from across the world, who have an interest in exploring and strengthening relations between European States.  The program is run on the philosophy that further development of political and economic integration between European states must be accompanied by sustained public action to maintain public opinion and relations on the European Continent.

One of the key focuses of the conference was on the Balkan states and their integration into the European Union. Speaking on the subject was Mrs.Georgiva, the Deputy Head of Mission from the Embassy of Bulgaria, she gave a lecture and discussion on the topic of "The EU and the Western Balkans: a View from Bulgaria". The conference also attracted a number of key politicians from across Europe, with H.E. Ambassador Varso (Ambassador of the Slovak Republic to Serbia) giving a lecture on Slovakia's experience from transformation and EU integration processes.

The ICD was also able to host a number of social events alongside the conference, these events gave all the participants and guests an opportunity to socialize and get to know each other in a more relaxed and social atmosphere.