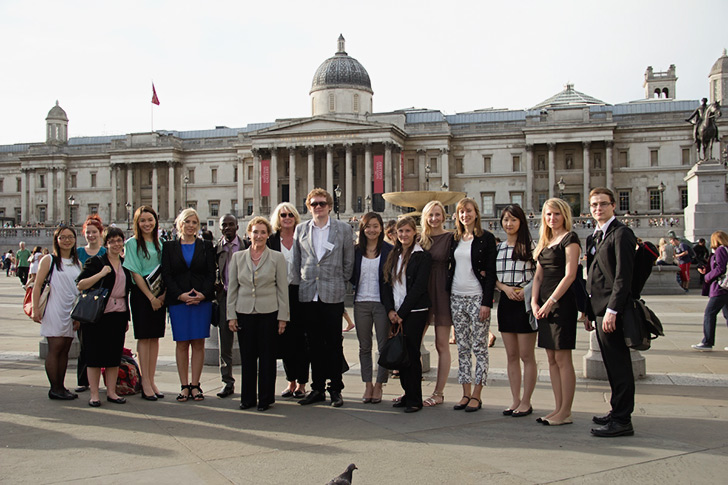 Art as Cultural Diplomacy: A Forum for Young Leaders (ACD) is a platform for students and young professionals who share an interest in exploring the potential of art as a vehicle for Cultural Diplomacy.  In our increasingly globalized world, the need for mutual cross-cultural understanding and positive international relations between countries and cultures has become perhaps more important than at any time before. Given the exponential growth in international dialogue and collaboration, the facilitation of sustainable bilateral and multilateral cooperation has assumed a new global importance. The power of art as a tool for Cultural Diplomacy is often underestimated and set aside in favor of more traditional forms of diplomacy or classical foreign policies.

The conference entitled "Contemporary International Dialogue: Art-Based Developments and Culture Shared between Nations" focused on all forms of artistic media from all over the world and its ability to promote intercultural exchange. The Hon. Erna Hennicot Schoepges, Vice President of the ICD Advisory Board and former Minister of Culture of Luxembourg, opened proceedings by outlining the importance of alternative forms of diplomacy in areas of potential or real tension and conflict. Key presentations where given by the British MPs Nick Brown and Hywel Williams who respectively talked about the importance of preserving art in times of economic downturn and the vital role of state patronage in encouraging the arts for the betterment of the all the world's peoples. The event attracted leading participants from both the public and private sectors, with ambassadors, film directors, professors and producers alike all taking to the podium to deliver a diverse range of talks from a diverse range of angles on art as cultural diplomacy.

Given the topic of the conference the ICD didn't focus solely on the theory, and indeed participants were able to enjoy several practical demonstrations of art as Cultural Diplomacy. Participants from the art world in particular entertained guests with films screenings and musical demonstrations, and several outings were arranged to discover the artistic treasures of the ancient cultural hub that is the British capital.