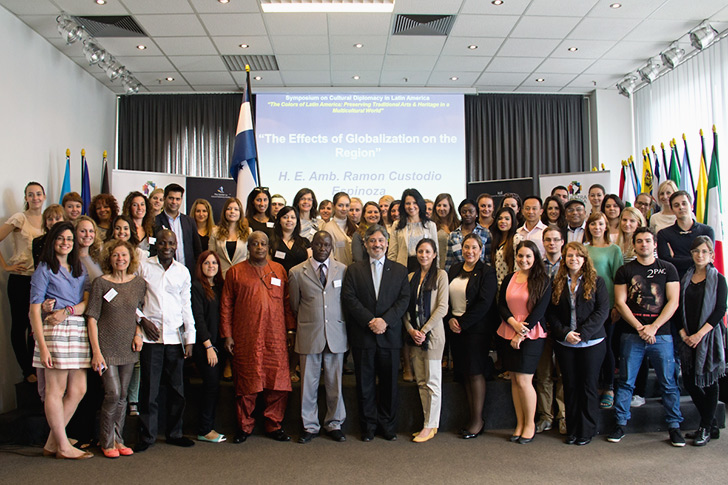 Europe Meets Latin America: A Forum for Young Leaders (EMLA) is a network of young professionals who have an active interest in exploring and supporting European Latin American Relations. Relations between Europe and Latin America can be traced back to the 15th century when European Settlers landed on what is now known as South America. A vast amount has changed since then and the EMLA allows likeminded individuals to come together in order to share their thoughts and ideas while also working together to establish a better cultural climate for future generations.

One of the keynote lectures was given by Prof. Dr Ulrich Brechner, who gave a lecture on Cultural Diplomacy and Multiculturalism in Germany and whether or not this is a viable model from Latin America. Speaking on a similar issue, Dr Mattias Lewy a visiting lecturer from the department of Anthropology at the Free University Berlin spoke of "Music as Cultural Diplomacy: the Venezuelan Case of the "Sistema". The conference also attracted a number of leading figures from the civil society, Javier Ramirex, director & Founder, Marzia Frozen was present and gave a lecture on "The Tropical Power Of Latino-American Art.

Alongside the conference the ICD held a number of social events in the evening. The events were an opportunity for all the participants to relax and get to know one another in a more social atmosphere. On the final day of the conference the symposium concluded with a grand Latin American Cultural Evening. Running along the theme of "Gastronomy as Cultural Diplomacy" the event had a number of renowned Mexican Chefs, such as Armando Hernandez, who ran an interactive workshop on Mexican cuisine.